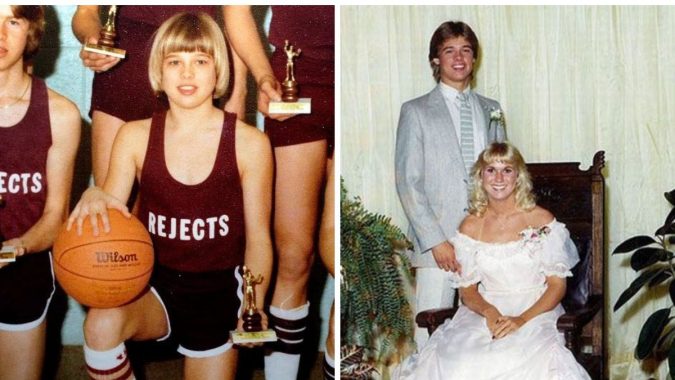 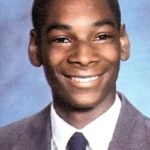 Snoop Dog is hardly recognizable in this senior portrait. Calvin Cordozar Broadus Jr. attended Long Beach Polytechnic High School in California and graduated in 1989. He was known as “Snoopy” by his family and friends.

He went to school with Cameron Diaz, who revealed on Lopez Tonight, “We went to high school together. He was a year older than me and, you know, I remember him there,” she added. “There were a lot of kids in our school, there’s like 3,500 kids, but I remember him, he was very tall and skinny, wore lots of ponytails on his head.”

Snoop Dogg met Shante Taylor, now Broadus, when they were just teenagers and they became high school sweethearts. The couple dated all through high school and happen to have one of the most endearing relationships in hip-hop history. It’s hard to believe that they’re still together after all these years. How cute is that?

He posted a throwback prom pic on Instagram of the two of them from back in the day as an anniversary tribute. “19. Years today @bosslady_ent Happy anniversary been a1 from day 1 💝💕🌹🌟🌟🙏🏾 thanks for my kids 💫💝💕🕊🕊,” he wrote. They give us total relationship goals!

The couple made it official and got hitched in 1997 at the Ritz-Carlton Hotel in Marina Del Rey, California. They’ve been going strong ever since and share three children, Cordell, Cordé, and Cori. The duo also has three grandchildren.

We love how excited he looks in his wedding pic. You can really feel the love between these two. Snoop Dogg told GQ about his wife, “That’s my backbone, that’s my heart and my soul, that’s the one that I love the most, that I trust the most.” It doesn’t get much more romantic than that, folks.